This weekend is Ethan's first birthday.
I'm getting emotional just thinking about it right now, honestly.
I just love him so, so much.

Were going to Chuck's this weekend so that Chuck and his family get to spend his time with Ethan on this first birthday. Im excited but nervous at the same time.
I cant believe Ethan's going to be one.
Seriously a year old. 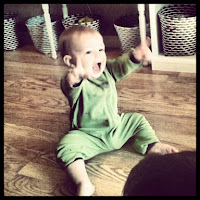 He's quiet the character isn't he?
Anybody who hasn't had met him, you don't even understand.
He cracks me up on a daily basis.
The things he does, and comes up with, its hilarious!

Just lately he has started shaking his head yes and no. 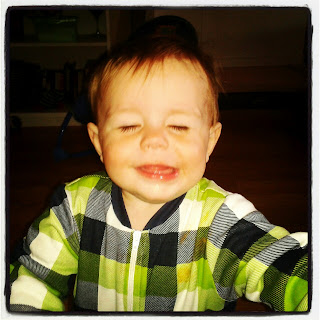 So for about 30 mins we were asking him questions, watching his reactions. They were adorable. 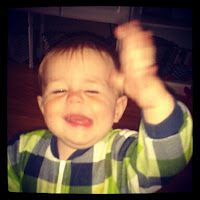 That face he keeps doing ----->
That's his not liking the flash face.
He does it every time he see's someone with a white phone try and take his picture. My mother and myself have white phones.

Ps. I wont be blogging until I get home from Chuck's on sunday!

Have a good weekend everybody.
I sure will with my ONE YEAR OLD!! 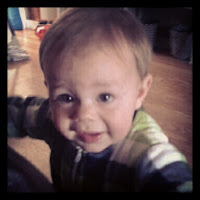